James W. Hunt, Jr., president and chief executive officer of the Massachusetts League of Community Health Centers (the League), was born, raised and still lives in the Boston neighborhood of Dorchester.

Jim is an adjunct professor at the Sawyer School of Management at Suffolk University. In 2002, he received an Honorary Doctorate in Humane Letters from the New England College of Optometry. He was also the first Geiger Gibson Distinguished Visitor in Community Health Policy at the George Washington University's School of Public Health and Health Services. The award is given to an individual who has exhibited extraordinary and sustained leadership in community health policy. Most recently, Jim was awarded a Doctor of Philosophy in Interdisciplinary Studies from Union Institute and University in Ohio. 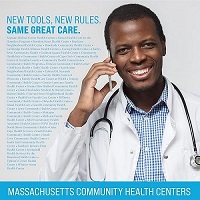 
Click here for opportunities to work at the League.